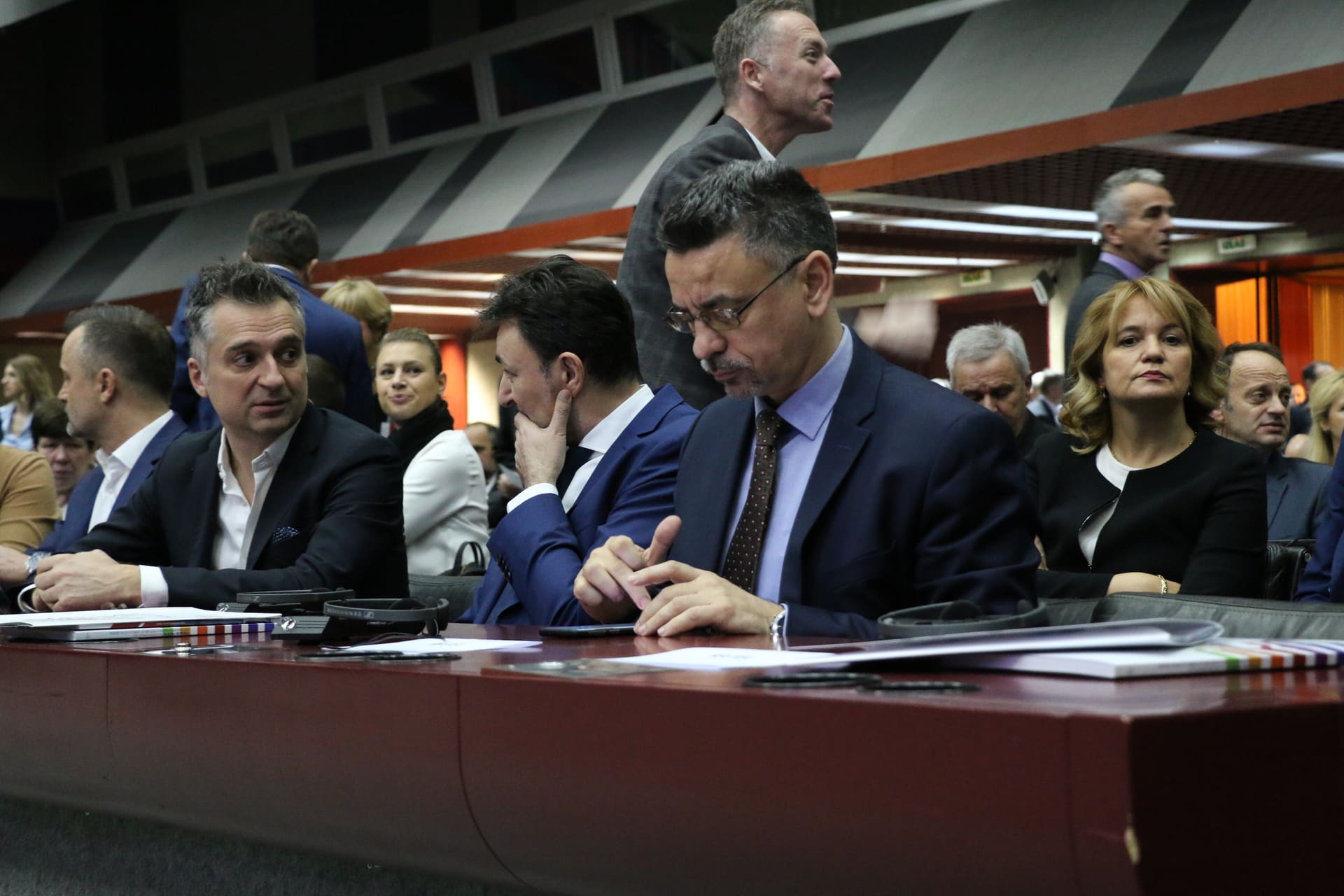 In memory and to pay the respect to Prof. Dr Đorđe Paunović, the first and long-standing Chairman of the TELFOR Steering Committee, TELFOR Steering and Program Committees established THE “ĐORĐE PAUNOVIĆ” AWARD FOR THE BEST TELFOR PAPER.

„Đorđe Paunović“ Award will be granted by TELFOR Program Committee, based on proposals obtained from reviewers, sessions chairmen and members of Program Committee. The Award can be granted only to an accepted paper, presented in the relevant TELFOR Section. The Award will be announced at TELFOR Internet page and delivered during a formal ceremony.

The award „Đorđe Paunović“ for the best TELFOR 2021 scientific paper was awarded to the authors:

Family Mirčevski proposed and TELFOR Steering and Program Committees accepted and established the “Blažo Mirčevski” award for the best paper of a young TELFOR author, in memory and respect for technical and scientific work of Blažo Mirčevski, dipl. eng. EE.

“Blažo Mirčevski” Award will be granted by a Jury composed of family Mirčevski representatives and representatives appointed by TELFOR Program Committee. Award candidates can be nominated by reviewers, sessions chairmen, Program and Jury members. The award could be granted to a candidate having less than 30 years, provided that she/he was the first author of an accepted paper and that he personally presented the paper in the relevant TELFOR Section. The Award will be announced at TELFOR Internet page and delivered during a formal ceremony.

The appointed Jury granted the “BLAŽO MIRČEVSKI” award, for the best paper presented at TELFOR 2021, to the young first author:

TELENOR Foundation will donate awards for the best students papers, presented in the Student Section at TELFOR 2022.

AT LEAST ONE NET REGISTRATION FEE PER EACH ACCEPTED REGULAR PAPER IS REQUIRED.

An accepted paper should be presented at TELFOR conference by author/coauthor.  Paper could be    alternatively distance presented (by Internet, without personal presence of the presenter at the conference). Such a case should be notified before November 5 (office@telfor.rs).

Additionally to the regular registration fee a special tax for distance presented paper should be paid before November 10.

INSTRUCTIONS FOR PAYMENTS IN EUROS

Payment is possible by bank card. For that option, please, log into the https://registration.telfor.rs online system and follow the “Registration fee” on the left-side menu (main menu).

The length of a paper is limited to four A4 pages for regular and student papers and eight A4 pages for invited papers.

For more info, including the right form of the copyright notice that has to be added to the bottom of the first page of the paper, see full instructions for authors.